Sexualizing Women In Music Videos….Do You Share This Opinion? 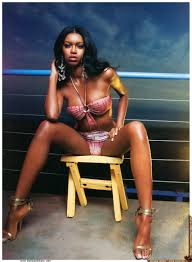 Every day after work, I get to waste some time watching TV and like almost all households in possession of cable TV in Nigeria, I am stuck with the horror that is Indian TV series.

I have to sit there helplessly staring at the TV wondering why the soundtrack is severely dramatic and the plot is identical to the previously concluded one.
I just watch in awe as my Maami has somehow committed the names of every character to memory yet she always forgets the name of the plumber who has been under her employ for over 5 years (If I had the power, Indian TV series would be abolished.)
I have come to realise that every episode enjoys 1 hour of airtime but they usually end 15 minutes before that runs out which allows for 15 minutes of musical break.
I have a deal with my mum which allows me enjoy whatever I want in those 15 minutes before the next TV series commences.
Obviously, I am not going to get any reasonable enjoyment from watching 15 random minutes of CSI so I always opt for the secular music channels. That is the point of this article/rant.
I listen to all genres of music, but I especially appreciate the true art of music; you know those intelligently written words and carefully selected and artistic music videos that join forces with rich musical instruments and voices resulting in musical ecstasy.
Well my 15 minutes usually doesn’t end in musical ecstasy, in fact it always ends with the look of disgust on my face and my Maami making comments about how “Idi ti di Meta kobo”. [Which literally means that butts have become really cheap that you could get 3 for just a kobo]
Scantily dressed women vigorously gyrate their assets in nothing but underwear while a fully dressed young man spews terribly mundane lyrics with supposed ‘swagger’ caressing and spanking the buttocks.
I do not know how long music videos have been in existence but I am sure my Maami experienced the inception of music videos and this wave of pornographic videos is a shocker to her.
I remember the early 90s vividly when the musical raves were Daddy Showkey, Blacky, Danny Wilson and co.
These few mentioned names were considered morally bankrupt in those days; I especially remember my Maami had banned me from watching any Blacky music video then in fact, I was expected to change the channel or turn off the TV if he came up.
These days I love take a walk down memory lane and just enjoy some “old school” music and I realise overtime that those considered morally lacking then were relatively decent; The songs had good messages, the ladies were fully clothed (often times with little skin on display but not naked), and the language was appropriate.
Yes, times have changed but our morals and principles as a nation have changed even more. There are government agencies that are trusted with the responsibility to ensure that people act ethically; by making sure what ends up on our TV screen is not pornography.
We are faced with a generation that would not know better and I believe it is our responsibility to demand better from our artists.
Yes, it is their music video and it’s not our nakedness, but I should be involved in deciding what end up on my TV and airwaves knowing there is almost no regulation regarding content in public places in Nigeria, I require more from the society to ensure that the next generation is at least rightfully guided in morals.
Some songs should not be played at any kids’ gathering; and for the Love of God, fast food restaurants, malls and other recreational spots targeted at children should not show certain music videos.
I am not advocating for the complete ban of said music video, I want us to strategically force them to be more responsible.
Take for example every music video with sexual content can only be aired after 10pm, eventually any artist who wants true recognition for his work may consider de-sexualising their video and message to enjoy better air time.
If the government bodies would not wake up to their responsibility, we should jolt them out of their slumber to do the needful.
_____________________________________
They call me Jumai. I am a quiet observer who enjoys spending time in rich conversations with people. I am passionate about mental health and psychology with the hope of certification some day. I have degrees in a vast number of fields with which I get my daily bread but my life goal is to change the world in my little way.
READ:  Seven Policemen deployed to tackle bandits in Katsina die in a car crash
Previous