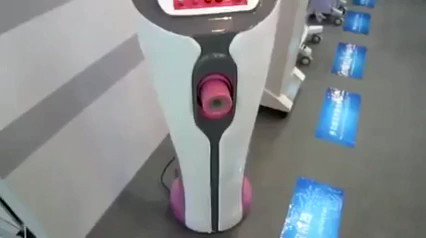 A recent video of the machine has gone viral on Twitter. But aren’t we all being just a tad immature? While it is funny to think about sex, the machine actually serves two other functions that seem to have been left out of the conversation.
According to the machine’s Alibaba product description, in addition to being a semen collector, it can also be used as a tool for Premature ejaculation desensitization training and Sex-psychological evaluation. Twitter users guffawed at why someone needing to supply a semen sample couldn’t do it the old fashioned way.

“I’m a little nervous”
“No worries, just step over to the Ejaculatron 3000”
“Oh yes, that’s much less awkward, thanks!”

175 people are talking about this

Open conversation not a joke

Treatment of ED can range from counseling to medication. While in older patients the condition is usually caused by blocked blood vessels in younger men psychologically is likely to play a higher role. Despite some big gains in the world of sex, identity, and gender, humans as a whole have a tendency to still be very shy, closed even when it comes to discussing our sex lives.
A robot that helps you get a sperm sample is an easy idea to poke fun at, the real joke is our inability to seriously and openly discuss something that is on all our minds at some point.
READ:  I have Swapped Close To 5,000 Babies In 12 Years- Dying Nurse Begs For Forgiveness
Sex14
Previous
Fashion & Life Style
Read more