Rail Tracks Washed Away By Erosion In Ilorin

Train services have been disrupted in the North-South axis of the country due to erosion caused by downpour in some parts of Ilorin, the Kwara State capital. 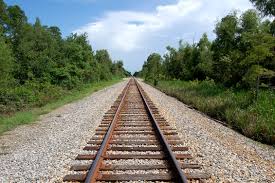 According to Mr Rasheed Gbadamosi, the District Manager, South West Zone of the Nigerian Railway Corporation (NRC), the corporation has suffered colossal losses in revenue as rail tracks have been damaged.
“The most catastrophic is the Unity Road junction. Although there are pockets of minor ones, but the major one is that of Unity junction,” he said.
Gbadamosi, who accused the state government of not providing the right drainage system, however, assured the public that train services would soon be restored  “This is becoming a regular phenomenon created by the state government.“It is government’s responsibility to provide appropriate drainage to accommodate the volume of storm water, considering the topography of the affected areas,” he said.
Gbadamosi therefore appealed to the state government to provide appropriate drainage system in the affected locations to accommodate the volume of storm water during rainfall.

Jim Iyke Gives A Peak Into His Water Factory