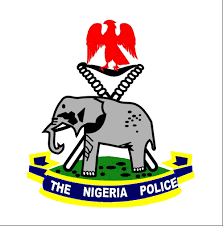 The Nigerian police have promised to dole out the sum of N5m on anybody with useful information that can lead to the arrest of the killers of their personnel in Abuja and Edo State.
This was disclosed Monday by Force Public Relations Officer Jimoh Moshood in the wake of the brutal murder of four police officers at Sabon Gida in Ora, Edo State, bare weeks after seven police officers were gunned down in Gwagwalada, Abuja.
Jimoh noted that investigations into both incidents are ongoing, but no link has been established between both attacks.
“In order to arrest the other suspects still at large in the first incident, the Force is desirous of more credible information from the public, and hereby pledges a reward of Five Million Naira to any member of the public that provides useful information that leads to the arrest of the remaining perpetrators of the ambush attack and killing of seven (7) policemen in the Federal Capital Territory (FCT), Abuja on the 2nd July, 2018, or the recent ambush and killing of four (4) Policemen on patrol at Sabon Gida, Ora in Edo State on the 14th July, 2018,” the statement read.
Moshood assured the informants that the police would protect their identities and urged other citizens to reach the Police Special Investigation Team via the following numbers: 08033027731, 08036783388, 08037080740, 08033129778, 08060970807, 08126660696, 08038025705.
The Inspector General of Police, Mr Ibrahim Idris, condoles with the families of the slain policemen and has directed prompt processing and payment of their entitlements and a befitting burial for them.
He insisted that despite the attacks on police personnel, the Force would not relent in the crackdown on crimes and criminality.
READ:  RCCG Pastor Adeboye supports #EndSARS #EndSWAT protest
Previous