Kizz Daniel has unveiled the art cover and title to his upcoming sophomore album, which will be called, ”No Bad Songz”.

After weeks of teasing his fans on social media with the initial, ‘NBS’, and even offering a sum of N1M to anyone who can decipher what the initials stand for, singer, Kiss Daniel has now shared the art-cover to the upcoming album, titled, ‘No Bad Songz’.
View image on Twitter 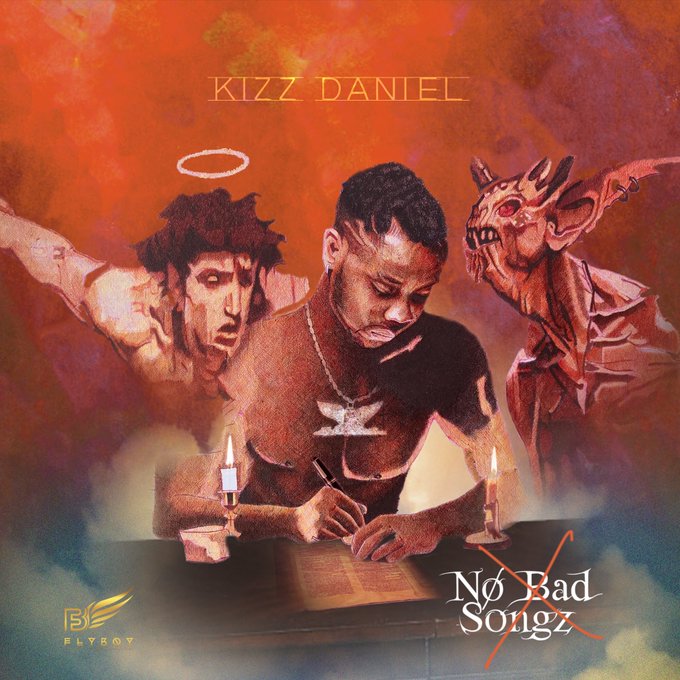 Twitter Ads info and privacy
The art-cover sees Kiss Daniel burning the midnight lamp, as he writes his lyrics while images representing a demon and an angel take to his sides whispering voices into his ears.
The album which will be his second body of work following the release of his debut album, New Era in 2016 does not have an official release date yet, but it is expected to be released within the next three months.
Since the start of the year, Kiss Daniel, whose legal battle with former label, G Worldwide is unresolved, has been putting out a number of songs that has caught traction in the build-up to his album, with his singles ‘4 days’ and collaborations of DJ Spinall’s ‘Baba’, DJ Neptune’s ‘Wait’ all becoming chart toppers.
READ:  Donald Trump pens letter to Nigerian teenager after he won a US Presidential award
Previous