Drake Reportedly Brings In $440M Yearly To Toronto’s $8.8B Economy 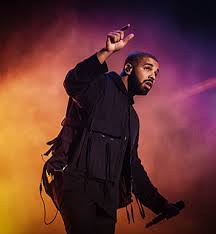 According to a new report, Drake’s co-sign is worth 5% of the city’s $8.8B economy. Vice News recently explored Drake’s impact to Toronto’s $8.8B tourism economy.
Gordon Hendren, a marketing and branding consultant for Toronto brands, says that Drake is worth $440M of the city’s economy.
“We did some calculations that suggest that he’s worth $440 million to the Toronto economy.” He said,
“There are a number of factors that play into that calculation but we gave Drake 5% of that $8.8 billion. Why? Because he’s helped rebrand the city. He’s kind of made himself the same as Toronto.”
Michael Thompson, a Toronto councillor who’s responsible for bringing in foreign investors into the city, explained that the “Drake effect” impacts fields outside of the entertainment business.
“I was just in New Orleans over the weekend and the reason why I was there, we were there to secure a technology conference to come to Toronto for the next three years. And I talked a little about Toronto, who we are, the number of people living here and so on.
” And when I mentioned this was the home of Drake, the people just kind of went crazy. The mere mention of his name,” he said.
“The tech conference will bring in to the city of Toronto $147M.”
READ:  Medical Doctor Stabbed To Death 24Hrs After Graduating From UNILAG
Previous