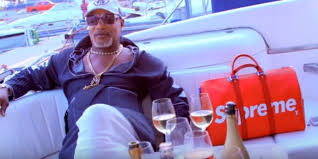 The government of Zambia has barred popular rhumba musician Koffi Olomide from entering the country because of the many criminal allegations levelled against him in the southern African country, and France, BBC reports. 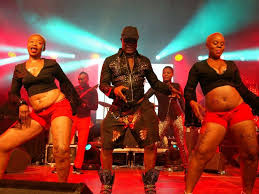 The Congolese Soukus singer and dancer, with real name as Antoine Christophe Agbepa Mumba, was accused assaulting a photojournalist in Zambia during a previous tour.

Twitter Ads info and privacy
He has also been accused of sexually assaulting his dancers, kidnapping them and employing them without valid permits in France.
With all but set for his now called-off visit, Olomide – who lives in the Democratic Republic of Congo – had described Zambia as his “second home” and said he would like to perform in the country before “I die.”
The 62-year-old singer also issued an apology, which was aired on Zambian radio, but he didn’t really address the allegations against him.
He only said that he loves Zambian women. 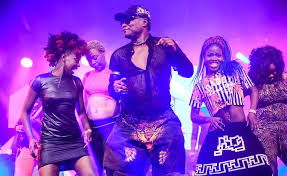 It was gathered that Olomide was supposed to hold two shows in Zambia this month but the government had warned he will be arrested the moment he steps foot in the country.
On Saturday, the French embassy in Zambia also called for the arrest of Olomide.
France’s ambassador to Zambia, Sylvain Berger, threatened to involve Interpol to arrest Olomide, whom he said has not yet been cleared of the allegations against him in France.
Koffi is regarded as one of the best rhumba musicians on the continent and his show is said to always be oversubscribed.
READ:  Offset And Cardi B Announce Their Baby's Arrival By Sharing Her Naked Pictures
Previous