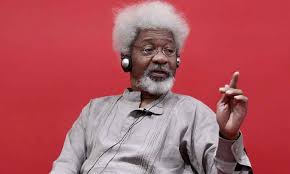 Soyinka was speaking on the night of Friday, June 22, 2018, at a gala dinner and award ceremony put together by the International Press Institute (IPI) in Abuja.
Soyinka took on Obasanjo, an arch enemy of his, after a participant asked him why he has remained a constant critic of Sani Abacha, long after the dictator’s death.
Soyinka responded by saying he isn’t particular about any former leader, before singling out Obasanjo with whom he has sparred on numerous occasions in the past
“Obasanjo is the most hypocritical leader this nation has ever produced,” Soyinka said.
“Obasanjo has crossed the red line… I will launch a publication to expose him at Freedom Park in Lagos on July 3.”

READ:  Supporters Of Kwankwaso In Jigawa Burn Brooms To Celebrate His Defection To PDP
Previous