Naval Officer Found Dead Inside His Apartment In Kaduna 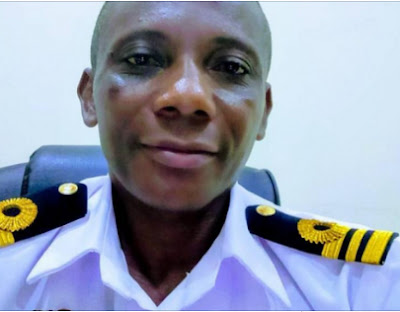 A lieutenant commander of the Nigeria Navy, Solomon Derikoma, was found dead inside his apartment in Kaduna state on Sunday May 12th.

According to reports, Direkoma from Rivers state, was until his death undergoing training at the Armed Forces Command and Staff College, Jaji, Kaduna state. He was supposed to go with his colleagues for a study tour yesterday. After waiting for him at the point where they all agreed to gather before proceeding for the tour, some of his colleagues decided to go to his house to call him.

On getting there, they found a padlock on his door suggesting he wasn’t at home. Calls made to his phone were unsuccessful. The padlock was broken and he was found inside his apartment in a pool of his blood. A big stone was found beside him suggesting he might have been murdered.

The police was alerted and his remain has been deposited in the morgue.