The Lord Mayor of Sheffield has banned Donald Trump from visiting the city, branding him a ‘wasteman.’
For those over the age of 25, that means a “man who acts like a boy, lacking maturity, and generally wastes his time and life by doing everything to achieve nothing.”
Magic Magid has breathed new life into the city’s stuffy council chamber since taking the honorary title in May.
And today, he announced that the President of the United States is officially not welcome in his city.
Writing on Twitter, he said: “I Magid Magid, Lord Mayor & first citizen of this city hereby declare that not only is Donald J Trump ( @realDonaldTrump ) a WASTEMAN, but he is also henceforth banned from the great city of Sheffield!”
View image on Twitter 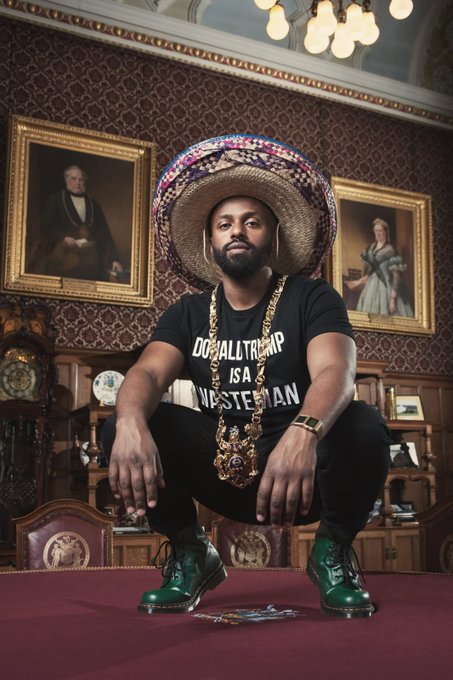 MΛG!D@MagicMagid
I Magid Magid, Lord Mayor & first citizen of this city hereby declare that not only is Donald J Trump (@realDonaldTrump) a WASTEMAN, but he is also henceforth banned from the great city of Sheffield!

I further declare July 13th to be Mexico Solidarity Day! 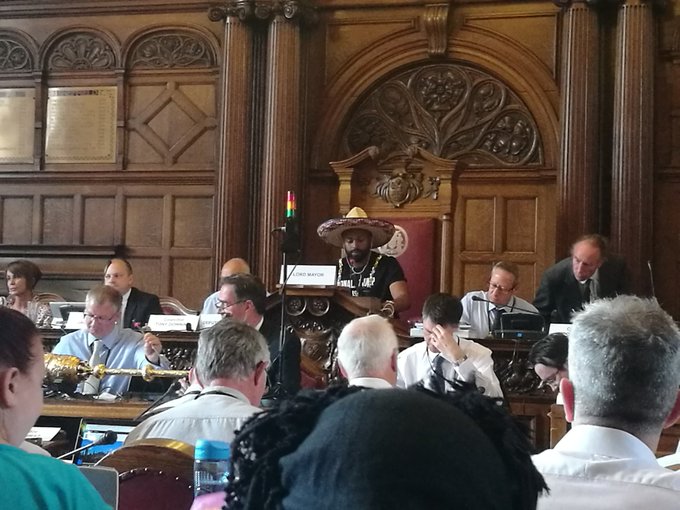 Sheffield Greens@SheffieldGreens
“Can everyone be seated for the right honourable Lord Mayor” @MagicMagid
2:04 PM – Jul 4, 2018

Twitter Ads info and privacy
Neither the White House or the US Embassy in the UK had commented on the ban at the time of publication.
In a further post, Magid shared some of the reasons he believes the US President to be a wasteman.
He wrote: “1. For issuing his ridiculous, racist ‘Muslim-ban’
“2. For stupidly withdrawing from the Paris Climate Agreement
“3. For mindlessly moving the US Embassy to Jerusalem
“4. For enforcing the imprisonment of children at borders
“5. For defending the violence and actions of White Supremacists.”
Donald Trump is set to make his first visit to the UK since being elected President of the United States.
The US President, who remains under federal investigation for obstruction of justice, cancelled a proposed trip to Britain earlier in the year.
But this time it seems like he will show up.

Trump is set to meet both The Queen and Theresa May while in the UK, but will steer clear of London as much as possible, where massive protests are expected.
The visit will come after the President attends the Nato summit in Brussels on July 11 and 12.
Trump is expected to arrive on Air Force One, landing Stansted airport late on Thursday 12th July.
Trump will avoid London as much as possible on the trip, where the largest protests against his visit are expected.
On the 13th, he will hold talks with Theresa May at the Prime Minister’s country retreat, Chequers, before meeting the Queen at Windsor Castle and may also be taken to a military base.
And on the Saturday, Trump is expected to visit his Turnberry golf course in Scotland before heading home.
It’s currently unclear whether he plans to visit Sheffield during the trip.
READ:  Prophet T.B Joshua Vehemently Warn Political Parties To Stop Rallies Or Face Great Consequences
Previous

Buhari is a “living legend”– MURIC